The Missouri chapter of the Council on American-Islamic Relations (CAIRO-MO), along with other Muslim coalitions, hosted a Welcome Lunch last Saturday for over 100 Syrian refugees now living in the area.

“These families have left everything and are now trying to rebuild their lives in St. Louis,” said Faizan Syed, executive director of CAIR-MO, before the event. “It’s our duty to do whatever we can to help them get back on their feet and rebuild their lives.”

Members of the local Muslim community came together to greet the refugees, wanting to make them feel welcomed and introduce them to fellows. Middle Eastern dishes were prepared over a buffet, and gift bags loaded with home staples lined the tables.

Among the attendees were other refugees, from Kosovo, Somalia, Afghanistan and Iraq, looking to offer empathy and friendship to the new arrivals. Other attendees were Muslim immigrants, or the children of immigrants.

“Being a Palestinian myself,” said Mustafa Musleh, “I know what it’s like. It’s important to show we’re thinking about them. We want the community to see we’re out there working to help them.”

Despite the best intentions, however, the Syrian refugees faced transportation issues to the event. Most refugees arrived over two hours late, after having to be picked up individually by taxis. The original plan, which involved a school bus, was scorned by technical errors. 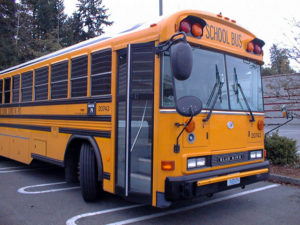 The bus made rounds in the south St. Louis neighborhoods where the refugees are settled, but without a translator, many of the refugees were too frightened to get on. Once the bus returned, it was unable to go back into the city, and taxis were ordered for the remaining refugees.

This is certainly the least of the refugees’ obstacles since leaving Syria. For some of them, finally landing in St. Louis has been a 4-year battle. The list of complications only gets longer as they face the cultural and language barriers of their new life.

63 Syrian refugees have made their way to St. Louis this year, and an estimated 300 will arrive before year’s end.

This is a good start, but a drop in the bucket compared to the 10,000 Syrian refugees promised by Barack Obama to be taken in all over the country. Only 1,000 have arrived since that promise in September.

Once the refugees finally made their way into the gymnasium where the luncheon was being held, much of the buffet and attendees were gone. Still, the refugees were grateful for the experience, and were able to meet the remaining members of their new local community.

“It feels good to be here,” said Deak, a female refugee, through a translator.

In that way, the luncheon was a success, even if it didn’t go exactly as planned. The St. Louis Muslim community met with its new fellows and gave them hope that their new lives would be better. Then connections made at this event will last long after the memories of bad planning disappear.