Is Drafting Tyreek Hill a Mistake?

Tyreek Hill is a football player for the NFL, but that’s not all he is. The former running back for the Oklahoma State Cowboys pleaded guilty to punching and choking his girlfriend. As a condition of his plea agreement, Hill was ordered to attend a fifty-two week batterer intervention course and undergo supervision for two years. If he completes this agreement, the muscled football player won’t be a convicted felon.

That case made headlines across the United States. Even though Hill was kicked off the Oklahoma team, he went on to play for West Alabama for the 2015 season. This year, he was chosen as a draft pick for the Kansas City Chiefs, but is that a wise decision given Hill’s volatile temper? Coach Andy Reid has a big, compassionate heart! Radio talk-show host Carrington Harrison expressed shock to USA Today Sports and felt a negative vibe from fans when the Chiefs drafted Hill. 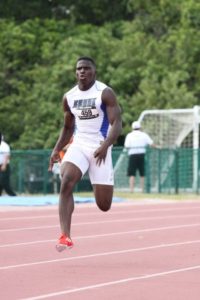 The reaction in Kansas City ranged from anger to concern and more. But Coach Reid offered a few of his own thoughts about Hill: “To actually admit you were wrong … a lot of people won’t do that, they just won’t go there.” What he was probably trying to say was that Hill deserves another chance at redemption, but without actually saying it. Kansas City Chiefs general manager John Dorsey is also willing to trust Hill, who has met the conditions of his three year probation and passed whatever vetting process the Chiefs have but won’t disclose. Joan Schultz, executive director of The Willow Domestic Violence Center in Lawrence, Kansas, wasn’t at all convinced. “What does ‘trust us’ mean?” she said.

Violence lurks in the shadows and just like lightning, it’s impossible to know where or when it will strike. Tyreek Hill strangled his girlfriend, who was lucky to be alive after the ordeal. According to Scott Mason, director of marketing at the Rose Brooks Center domestic violence shelter, choking is a precursor to homicide. There is a possibility that someone will end up dead in the future by the same method. When we look at battered spouses or live-in partners there are patterns of behavior coming from the assailant that can’t be ignored, but before now Hill had no record of domestic violence. He is young, after all. Perhaps he is impulsive. This brings up a difficult question. Should he be forever denied an opportunity to redeem himself?

It could be argued that football is the most appropriate outlet for Tyreek Hill to vent his aggressive tendencies. How would the greater good be served if he can’t play? Hill’s girlfriend was pregnant at the time of the attack and she has since given birth. Their child will have a head start financially if Hill remains in the NFL.

Only time will tell if Hill can stay on the right side of the law. The instincts of some sports fans might to be to think: “Screw him.” But athletes have been forgiven for worse. Linebacker Brandon Marshall is a good example!